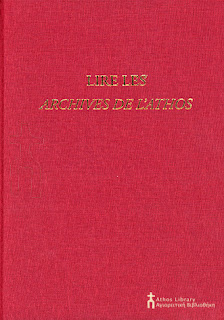 Gerd Lora,
«Russian Research Work in the Archives of Mount Athos», Lire les Archives de l'Athos, Travaux et Memoires 23/2 (2019), p. 527-551.
Paris 2019
PDF
Summary
The earliest Russian scholar who worked on the Holy Mountain in the mid-nineteenth century, bishop Porphyriĭ Uspenskiĭ, combined the features of a traditional Orthodox pilgrim with those of a researcher studying the monastic documents and manuscripts. Petr I. Sevast’anov was the first scholar to ever photograph the Athonite material systematically, in the late 1850s. The Russian specialists in Slavic studies who visited Athos starting in the 1840s were succeeded by Byzantinists in the 1870s and 1880s. The learned Fr. Mathew Ol’shanskiĭ, librarian of Saint-Panteleimon monastery from 1878, assisted the research endeavors of both Russian and Western European Byzantinists for about 30 years, locating manuscripts and having them copied, and sharing his bibliographic knowledge. After an initial attempt to publish Athonite documents by Fr. Azariĭ, librarian of Saint-Panteleimon, V. Regel and Fr. Louis Petit launched the rather successful series Actes de l’Athos in 1903. Nineteenth- and early twentieth-century Russian scholars were leaders in the study of the archives of Mount Athos and played a crucial role in focusing international attention on them.
Αναρτήθηκε από Antonios στις 09:21