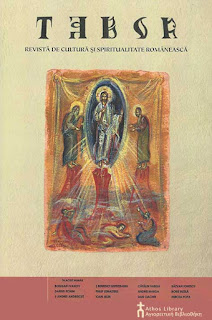 Moldoveanu Ioan,
«Din legăturile românilor cu Muntele Athos. Mănăstiri româneşti „închinate” (I)», Tabor 1 (2012), p. 5-27.
Cluj-Napoca 2012
PDF
Summary
This is the fi rst part of a study regarding the history of the Romanian connections to Mount Athos, especially in the matter of dedication of monasteries and justifying their estates; by analyzing documents of dedication we’ve been able to draw conclusions that invalidate a series of theories regarding the dedication of monasteries in the Romanian territory (with specifi c reference to the case of monastery Cotroceni and monastery Căpriana in Bessarabia), the issue of missing a chance to own a monastery on Athos—monastery Esfi gmenu. The study also presents the activity of venerable father Paisius Velichkovsky who accomplished a revival of the ascetic life in the Romanian territory—following a 17 year life on Mount Athos—by initializing a wide program involving the translation of the works of the Holy Fathers, leading to the fi rst edition of the Philokalia written in modern Romanian.
Αναρτήθηκε από Antonios στις 14:00